A fish rots from the head first: getting anti-corruption agencies right

The Hong Kong Independent Commission Against Corruption (HK ICAC) is the gold standard for any independent anti-corruption agency.

With more than 40 years’ experience, they know more than a thing or two, and there is much for Australia to learn from Hong Kong as we design our long overdue agency.  Hearing firsthand from Mr Lawrence Chung of the HK ICAC was a highlight of the inaugural Griffith University, Transparency International Australia Asia-Pacific Integrity School yesterday.

The HK ICAC enjoys a level of trust and confidence (96 percent), that any agency would dream of. They have earnt that trust, and have a deep understanding of what’s needed to support an effective agency, and that is:

Safeguarding the independence of anti-corruption agencies is vital if they are to be effective.

These institutions cannot just be independent, they need to be seen as independent. That requires a host of checks and balances to sustain independence, to monitor how they do their job, and use their powers.

Political will is so important. It’s everybody’s job to protect that independence. Politicians, officials, anti-corruption practitioners, the media, NGOs and citizens alike have a role to play. Just like the rule of law and independence of the judiciary, an integrity culture, is the bedrock of a healthy democracy, and essential to retain trust.

The interplay between institutional set up, political will, civilian support and a culture of integrity is a ‘delicate dance’ to maintain independence. Citizen participation is needed to restore trust. The HK ICAC has four civilian advisory committees which oversee the work of the HK ICAC – their work in investigation, prevention and education.

Interestingly, 90 percent of the complaints before the HK ICAC come from the public.* This is a powerful indicator that in Hong Kong the public cares about corruption and misconduct and wants something done about it. It’s a strong rationale for why Australia’s national anti-corruption agency must have the power to hold public hearings, and to consider cases brought by the public.

To be effective, anti-corruption agencies must be well resourced. If they are understaffed and underfunded, then the likelihood of tackling corruption and fostering a pro integrity culture is limited. How much money is set aside is the most important indicator of public will. It shows clearly just how committed a government is to investigating and preventing corruption.

And still we wait to see just what Australia’s anti-corruption agency will look like. The Beechworth Principles outline important fundamentals – a ‘line-in-the sand’ set of principles for TIA . The questions remain: what scope and powers will our national agency have?, will public hearings and cases from the public be allowed?, and  how well resourced will it be?. The bigger question is will it be trusted and valued like the HK ICAC?

*CORRECTION: An earlier version of this blog stated 40% of complaints are received from the public. In fact it is 90%. As Mr Lawrence Chung from the Hong Kong ICAC has clarified: ‘the mass majority of the complaints we received are from the citizens, indicating the readiness of the public to come to us with complaints and also demonstrating that the reporting mechanism is one that they can trust.’ 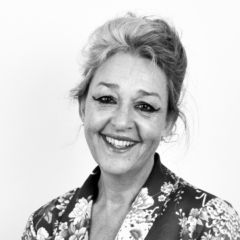 Serena is an experienced corporate accountability practitioner, researcher and advocate, with an extensive career in responsible business conduct. Her expertise includes governance, corruption, human rights, labour rights and land and resettlement issues. She has worked across the financial services, mining and garment and apparel sectors.