Fair, accurate and robust electoral and voting systems lie at the heart of public participation in selecting the nation’s decision makers, and our confidence in the decisions they make.

Despite Australia being one of the world’s great democratic innovators, most governments have failed to keep up with best practice against corruption stemming from the nature of the electoral process.

Systems for controlling the “arms race” of political campaign expenditure have improved in several states, but not nationally. Drivers of undue influence continue through ever-increasing pressure for funds, regulated through a fragmented, leaky system where the weakest donation rules set the standard.

Australia’s democratic traditions need rejuvenating. By following democratic partners like Canada, United Kingdom and New Zealand – and domestically, advances made by over half of Australia’s own states and territories – the nation can take immediate strides to strengthen the integrity, honesty and fairness of elections.

Browse the 5 focus areas of the report

This section is one of five focus areas of the report Australia’s National Integrity System: The Blueprint for Action. Browse the other sections by clicking on the circles in the infograph below, or return to the report homepage. 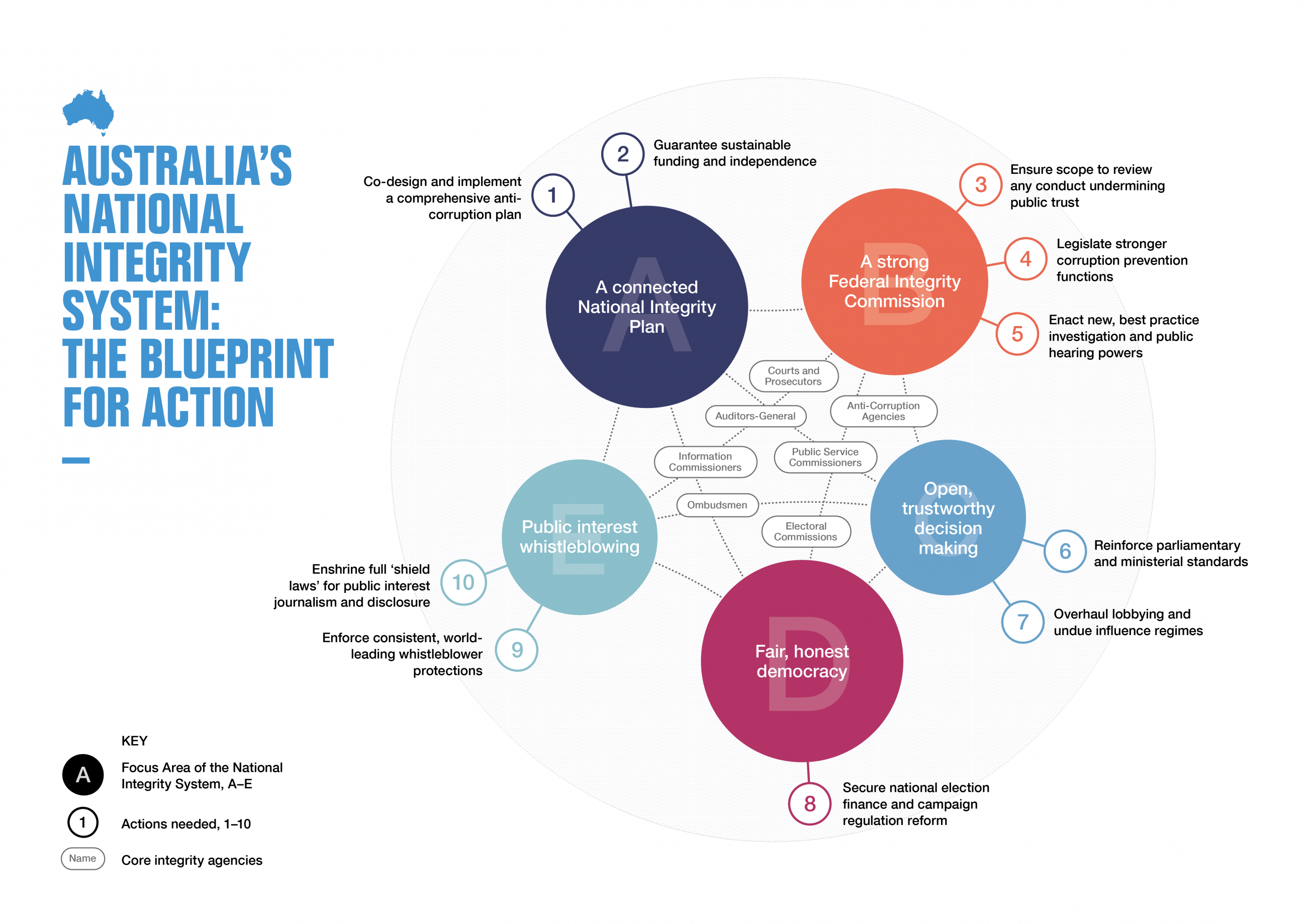