AUSTRAC has filed a very detailed claim against Westpac and it’s a damning report.  The repercussions have started even before the full scope of the claim has been tested, and Westpac appears to have publicly conceded most of the claim: the CEO has resigned, and Board members are stepping down. It’s the drop in share price, and the attention of other regulators ASIC and APRA who are also poised to take action, that raises the risk of downgrading the bank’s credit rating.  More is likely to follow, with overseas regulators likely to be concerned about Westpac’s corresponding banking arrangements in their countries. But it’s the allegation that the bank facilitated and enabled child exploitation, and the scale of the breaches – 23 million occasions, that has left the public and some Westpac staff gob-smacked and dismayed.

AUSTRAC’s action reveals a stronger focus on law enforcement – a welcome development following growing community concern that the regulators were too close to business and not willing to regulate.

The Westpac action is not about increasing taxation revenue (as has historically been the case) but is aimed firmly at rectifying the disruption to financial intelligence as well as dealing with specific child exploitation facilitation allegations. Everyone else is on notice, as this financial intelligence is relied upon heavily by law enforcement and national security agencies in dealing with a range of threats.  Questions remain as to why this is being handled as a civil rather than criminal case. At the end of the day there will be no directors in prison, but Westpac will face a very heavy fine. This should put AUSTRAC in a good position when seeking additional funding from Government to pursue its mandate, given that it provides Government with a good return on its investment.

AUSTRAC should be congratulated for taking such action, but the Government needs to fulfil its promise to the international community and implement other aspects of the Financial Action Task Force (FATF) recommendations, notably spreading the AML/CTF net to cover professional facilitators such as lawyers, accountants and real estate agents – which will help tackle money laundering through Australia’s property sector.  With such increased coverage think of how much more AUSTRAC could accomplish. 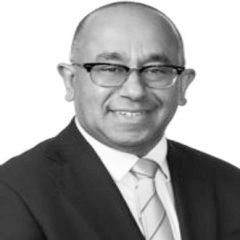 Russell is a lawyer with over 30 years’ experience in both the private and public sectors.  He has worked on significant commercial, regulatory and national security matters through his career.  He has particular subject matter expertise in anti-money laundering and counter-terrorism financing, international sanctions, digital currencies and related issues.  He is passionate about fighting corruption and making the world a better place for his children.  He lives in Canberra where he has resided for over 40 years.